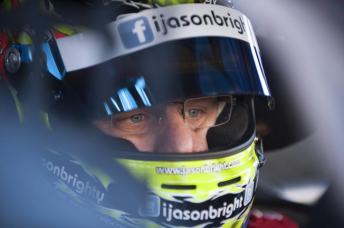 V8 Supercars star Jason Bright will make his debut in the famed Le Mans 24 Hour endurance race this year aboard a Ferrari 458.

The 40-year-old Australian has inked a deal to drive in the GTE Am class for American outfit 8Star Motorsports.

8Star is a new name in endurance racing this season, with Venezuelan businessman-racer Enzo Potolicchio having set-up his own squad after winning the LMP2 class of both the Le Mans 24 Hours and World Endurance Championship with Starworks Motorsport in 2012.

The team enjoys a close partnership with leading Ferrari GT squad AF Corse, and is fielding cars in the American Grand-Am and IMSA Prototype Lites categories, in addition to its Ferrari WEC assault.

Frenchman Stephane Sarrazin, who co-drive with Bright in the 2011 and 2012 Armor Gold Coast 600 V8 Supercars events, raced with 8Star at the recent Daytona 24 Hours and played a role in introducing Bright to the team.

Bright told Speedcafe.com that competing in the La Sarthe classic will be the realisation of a dream.

“To get over there and be able to do Le Mans is definitely very special and will be one of the highlights of my career.”

Bright came close to competing at Le Mans in 2006 with Aston Martin Racing, but a Sebring 12 Hour outing proved the extent of his campaign with the Prodrive-run team after a late V8 Supercars scheduling change brought about a date clash with Le Mans.

This year, the compulsory test day for Le Mans rookies and the race itself fall either side of the Darwin round of the V8 Supercars Championship.

Bright will join the squad for two days during the official WEC pre-season test at Paul Ricard, France, late next week, and says that more running prior to the pre-event test at Le Mans is possible, pending further date confirmations.

The former Bathurst winner added that he hopes this year’s Le Mans assault will not be a one-off.

“I enjoy endurance racing and the beauty of it is that once you’ve done Le Mans you don’t have to do the official test the next time,” he said.

“That’s always been the hard part about our (V8 Supercars) calendar. It usually clashes with one of them.”