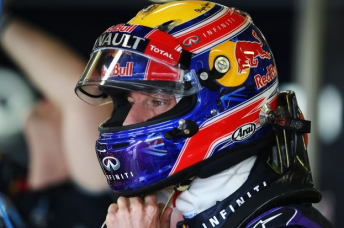 Mark Webber was once again left to reflect on what went wrong after another sluggish start to the season on home soil at Albert Park.

Having been trumped only by team-mate Sebastian Vettel in a tricky morning qualifying session that culminated in a late-scramble to slick tyres, Webber’s race fell apart at the start.

Issues with his Renault engine’s Electronic Control Unit on the grid contributed to a poor getaway for the Australian, who fell to seventh by the first corner.

“We had a lot of issues on the grid before the race even started,” he told Australian broadcaster Ten Sport post-race.

“We had a lot of problems getting the telemetry from the car to the pits, which is less than ideal.

“We lost KERS (for the first part of the race), we lost a lot of things for the start and we really were on the ropes before the lights went out.”

Compounding the bad start, it soon became clear that Webber’s Red Bull was unable to match its closest rival for tyre life.

The 36-year-old became one of the first to switch from the super soft to the medium on Lap 5, while a second tyre change occurred as early as Lap 18.

Two 20 laps stints on the mediums then saw Webber to the flag, with six place – a full 47s adrift of race winner Kimi Raikkonen – the final result.

“I think even we’d had a smooth day, with the way Lotus ran the race, it would’ve been difficult to fight against that,” added Webber, noting also that a front-jack failure in the pits had also hurt his progress.

“There were some guys out there who did a very good job in terms of tyre management and getting the car to the end much quicker.

“I think the disappointing thing for us today as a team is that we weren’t as strong as we thought we’d be. But that’s Formula 1. Things can change very quickly.

“We’ve got a very, very hot track next weekend in Sepang. Let’s see how the next few races go.”