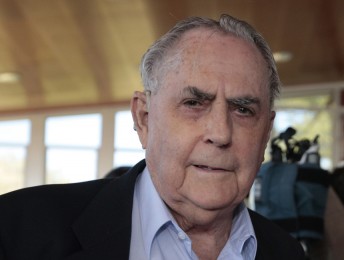 Australia’s two world F1 champions Sir Jack Brabham and Alan Jones have been honoured by CAMS and the Australian GP Corporation who have unveiled bronze busts of the grand prix greats.

The sculptures were unveiled today by Victorian premier Denis Napthine at the Rolex AGP at Albert Park.

“There wouldn’t be many Australians that wouldn’t know of these two men and what they achieved in their heyday. It’s great they have been honoured in such a way,” Papadopoulos said.

“ We can only hope there are more than two bronze busts in the future and a young star of today or tomorrow joins Sir Jack Brabham and Alan Jones in their exclusive club of Australian Formula One World Champions.” 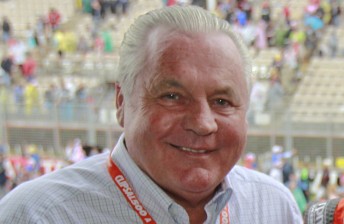 The recognition for Jones and Brabham comes as the Australian Grand Prix celebrates 60 years since its first race at Albert Park.

“Brabham achieved the rare feat of three Formula One World Championships, while Jones managed to secure a world title in 1980. These two men are the only Australians to have ever achieved this.”

“They climbed to the greatest heights this sport has to offer, and casting the pair in bronze is a fitting way to celebrate their contribution to Australian motorsport.”

Sir Jack was deeply moved by the honour.

“I have never felt as honoured as I did when I learned that my achievements and Alan’s were to be commemorated in this way,” said Sir Jack.

“Seeing thousands flock to the circuit to watch us race made me realise how much this sport mattered to so many people. It is wonderful for me to know that while my Repco Brabham sits in the National Museum of Sport, a short distance away its driver is commemorated so strikingly at Albert Park.”

Jones was equally honoured, particularly as the Albert Park circuit holds a special place in his family’s history and was visibly emotional at the unveiling.

“For a boy whose first outing was in a Morris 850 at the Geelong Sprints it’s quite something to end up immortalised in bronze at Albert Park! I am very proud and honoured to be remembered alongside Sir Jack at a circuit which has such happy memories for my family.”