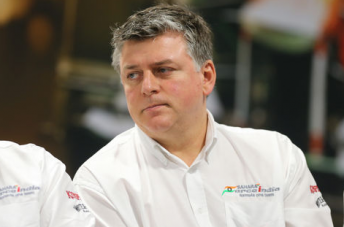 The next few months will be important ones for the future of the Force India Formula 1 team.

The squad’s technical alliances with Mercedes and McLaren have provided a solid foundation for results over recent years, allowing the relatively modest operation to establish itself as a solid mid-fielder.

With both its engine and gearbox deals up for renewal at the end of 2013, Force India has plenty to digest as it lines up for the new season.

Speedcafe.com’s Stefan Bartholomaeus spoke to the team’s chief operating officer Otmar Szafnauer about the team’s progress ahead of the season-opening Australian Grand Prix.

SPEEDCAFE: Otmar, the first race of the season is finally upon us. There’s always a lot of question marks from the pre-season, how do you think Force India is placed?

OTMAR SZAFNAUER: We had a very successful winter testing in the pre-season. We were pretty reliable in the first instance which means that you don’t have to focus on fixing things you just have to focus on getting performance out of the car. That always helps when we start off that way.

As to where we are, it’s difficult to say. We are competitive but you don’t know what fuel levels people are running or how the tyres are performing with the different conditions of winter testing We’ll find out pretty soon.

SPEEDCAFE: Was it distracting for the program at all to have your second driver, Adrian Sutil, confirmed so late in the piece?

SZAFNAUER: It wasn’t ideal but it wasn’t that big of a distraction. I think it’s more of a distraction to the driver who ultimately got the race seat because he hasn’t done as many miles in the car as he would have liked. Especially that we choose Adrian who sat out all of last year so had we have known we were going to choose Adrian back in November he would have had more time in the car.

For him the learning curve is very steep because he hasn’t been with the team for a long time. Over one lap he’s already very quick so it’s just a little bit of the endurance bit of it that just comes with
doing it. 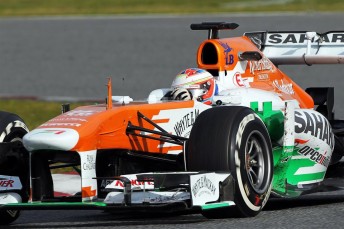 SPEEDCAFE: You’ve enjoyed a technical partnership with McLaren for the last few seasons. Talk us through what that currently entails.

The good thing about that is we don’t have to focus at all on gearbox and hydraulics which often can pose reliability issues. Those are all handled by McLaren.

From a performance perspective I don’t think there is much to gain from gearbox design anymore. Everyone is pretty much at the same capability. There’s a little bit to be gained on how small you can make the gearbox aerodynamically but we’re happy with it.

SPEEDCAFE: Your McLaren deal and your Mercedes engine deal run out at the end of this season. Ferrari has expressed a desire to supply another team next year. Is that a possibility for Force India?

SZAFNAUER: We haven’t decided anything with anybody so I guess theoretically anything is possible until that happens. But we are pretty far down the road working on a package that we will announce in due course.

SPEEDCAFE: But it would be important to do it shortly because of the big change in the regulations next year…

SZAFNAUER: Exactly. It’s very similar to what I said about the driver situation. We need to know so we can start putting the car in the wind tunnel and start getting some data and basic design stuff.

We will need to get a model going and get an understanding of what the aerodynamics are like. 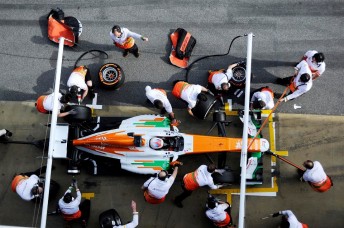 The team during pre-season testing in Spain

SPEEDCAFE: Are the technical relationships with the big teams going to be more important in 2014, because of the major rule changes?

SZAFNAUER: I think so. I mean, maybe it’s more important for the big teams to have technical relationships with the smaller teams because the more new stuff that is run the quicker you get on top of any problems that you may have.

SPEEDCAFE: Do you feel this team is where it should be and needs to be in terms of its own infrastructure and CFD (Computational Fluid Dynamics) and simulator capabilities?

SZAFNAUER: It all depends on what the team objectives are. If our objective is to be a competitive midfield runner and beat the likes of Sauber and Toro Rosso then even that is difficult with the infrastructure we have.

We’ve increased our CFD capability significantly this year over last year. I think the other midfield runners have better wind tunnels than we do. Perhaps not Toro Rosso, but Sauber and Williams definitely have better tunnels and so does Lotus. If we want to overtake them and perhaps challenge bigger teams then we’ll definitely need some infrastructure, namely a wind tunnel.

SPEEDCAFE: So is a top six in the Constructors’ Championship the target this year?

SZAFNAUER: Yeah, I would say top six and if someone slips up in the top five then there’s nothing wrong with aiming for that too. But we definitely want to regain sixth position which isn’t going to be easy. Williams have great infrastructure and good people and good history. They know what they are doing. To beat them will be difficult and they have a couple of competent drivers.

SPEEDCAFE: Are there other key targets though? Surely returning to the podium (for the first time since 2009) is a key objective, considering what the likes of Sauber and Williams produced in 2012.

SZAFNAUER: We’d like to have some podiums this year. Last year was a good opportunity for a podium because the tyres were so unknown and it created variability to the outcome to some of the races. I think we were unlucky.

The difficulty is that once everyone gets on top of the variability of the tyre performance then the pecking order sorts itself out and you have to beat some pretty good people (to be on the podium).

SPEEDCAFE: Nico Hulkenberg left the team at the end of last year to go to Sauber. There were reports that he was after a bit more stability than what Force India could offer. Is that a fair thing for people to be saying (that Force India is an unstable environment)?

SZAFNAUER: To be honest, I don’t know. It’s hard to judge stability when you don’t know what the other team is like. I think financially anyway we are probably more stable than some of the other teams because we have two owners who are billionaires who if they so choose, and often do, support the team financially.

There was also a rumour also that Nico does want to progress and drive someday for a bigger team and they’ve (Sauber) got a good relationship with Ferrari and sometimes drivers do move from Sauber to Ferrari so there could have been a little bit of that. But that’s not my concern.

SPEEDCAFE: Some of Vijay Mallya’s businesses that were in the media a fair bit last year (for financial troubles). Overall, how is the integration going between India and the team?

SZAFNAUER: Very good. The shareholders are very supportive financially of the team. Vijay comes to most of the races and is due to come to Melbourne. We have some marketing support that is done from India. We are looking for some Indian sponsors as well as some press events in India.

SPEEDCAFE: Is there an end-game to all of that? Having an Indian driver would be a clear milestone, but is there a level of involvement or engagement with India that you’re targeting?

SZAFNAUER: An Indian driver I’m sure would be great for the team. We are an Indian-owned team and it would definitely add another dimension to this team. However, the shareholders have always been clear that we always first and foremost about performance. And if we can get that performance and have an Indian driver, great. But if we have to give up a significant amount of performance, then we won’t do it.

We’ve launched an academy to find an Indian driver that make it in F1 and we are supporting a young lad in karting in Europe. We had three of them last year and that has been dwindled down to just one.