Speedcafe.com has another record breaking month

Speedcafe.com has another record breaking month 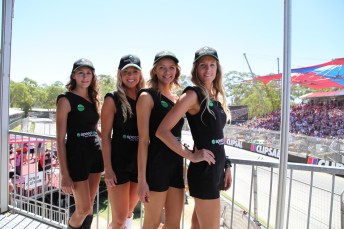 Speedcafe.com played a big part in the success of the Clipsal 500 this year

Speedcafe.com has cemented itself as one of the world’s leading motorsport news sources with another record-breaking month.

After a January record, which smashed all previous months, the 28 days of February attracted more than 211,000 unique visitors, 938,000 visits and generated 2.69 million page views.

According to Google Analytics this was a massive 41% increase in visits, 48% increase in unique visitors and 81% in pageviews on February 2012.

These February figures do not include coverage of last week’s Clipsal 500, which also produced some of Speedcafe.com’s biggest individual days on record.

February saw the site’s produce its first ever live streaming of the Bathurst 12 – hour with tremendous returns for all stakeholders.

It also saw many fast and exclusive reveals of team liveries in cross section of categories around the world.

One of the most comprehensive surveys ever undertaken in Australian motor racing is up and running, with the Speedcafe network carrying a link to The Motorsport Survey (www.themotorsportsurvey.com) which will run for ten weeks from yesterday.

The covers were also taken off one of Speedcafe.com’s biggest undertakings, a presenting partnership of the Castrol EDGE V8 Predictor which gives fans around the world the chance to test their V8 Supercar tipping skills – Speedcafe.com’s own fantasy league or motorsport’s version of SuperCoach.

There was also the roll-out of a strategic partnership with the promoters of the Clipsal 500 which contributed to the opening round of the V8 Supercar championship putting up “sold out” signs on Sunday afternoon.

Speedcafe.com is not just a news site to place a banner ad and forget, but create integrated marketing strategies with its Platinum Partners which include some of the world’s biggest brands such as; Castrol, Irwin Tools, Armor All and Pirtek as well as terrific Australian-based companies including Finance EZI, Coates Hire and Crimsafe. 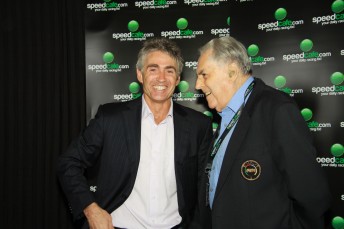 Mick Doohan and Sir Jack Brabham at the the official launch of the ‘Senna’ movie hosted by Speedcafe.com

The site also enjoys great interaction with its fans through social media with over 14,500 likes on Facebook, 7600 followers on twitter and more than 2000 subscribers on its YouTube channel which has produced in excess of 1 million views.

All these assets are leveraged to produce a news service for fans and stakeholders, which has developed into a market leader.

There has also been the development of the bespoke Speedcafe.co.nz site for the New Zealand market which is being used as a test-bed for international expansion and which is growing on a daily basis.

Speedcafe.com’s Sales and Marketing Manger, Leisa Emberson, said the growth in the the site’s numbers could be attributed to several factors.

“We are thrilled to be able to announce another record-breaking month across the board,” said Emberson.

“The results are a testimony to our hard-working team, the commitment of our Platinum Partners who make it possible and the loyalty of our ever-growing readership who enjoy every part of our commitment to be First, Fast and Free!

“We are here to service the fans and the industry and both have shown a great appreciation for what we are providing them. We also listen cafefully to their feedback and that helps us to continually improve the site.

“We are continually keeping the site fresh with innovative ideas and our strategic partnership with Castrol and their development of the V8 Predictor is proof of that.

“We have also recently enjoyed a terrific relationship with the team at the Clipsal 500 for the third consecutive year in Adelaide, which provided great benefits for both parties and their partners.” 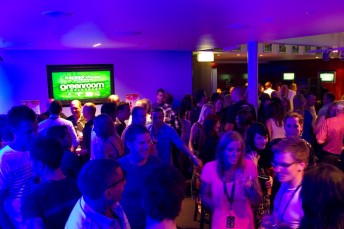 One of the famous Speedcafe.com Greenroom party’s – this one from the Gold Coast 600 in 2011

South Australian Motor Sport Board Chief Executive, Mark Warren, sent a personal message of thanks to Speedcafe.com on its activation of the weekend’s Clipsal 500, which was one of the most successful events in the history of V8 Supercars.

“There is no doubt Speedcafe.com has positioned itself as one of the more popular on-line hubs for motorsport fans,” said Warren.

Just two months into the year, the site has no intention of backing off on its commitment to providing breaking news for the fans.

There is also a long list of activation activities which will provide fantastic branding opportunities and interaction with the site’s readers and viewers.

There will be Speecafe.com Greenroom after parties at the Townsville and Gold Coast V8 Supercar rounds, electronic preview guides for all rounds of the Formula 1 and V8 Supercars championships as well as the Australian rounds of the MotoGP and World Rally Championships.

One Speedcafe.com reader will also have the chance to win an actual drive in a race car at one of the year’s biggest events – stay tuned for that one!