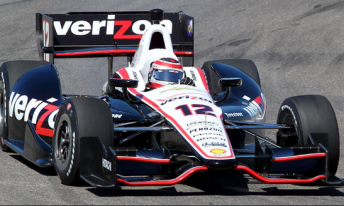 Penske pilot Will Power ended the IndyCar test with the fastest time as 25 cars went under the official lap record at the Barber Motorsports Park.

“The car is incredibly hooked up here,” the Toowoomba-born Power said.

“I never felt quick in this car. It’s good to have Penske 1-2. It’s only the first day of testing but it shows we’ve worked hard in the winter and I think as a team we’re determined to tick a couple of boxes this year.”

Power was beaten to the IndyCar Championship last year at the final race in California when he crashed, handing the title to Andretti driver Ryan Hunter-Reay.

Testing continues tomorrow ahead of the Championship kicking off on the streets of St Petersburg, Florida, with the Honda Grand Prix on March 24.