Daniel Ricciardo ready for something special in 2013

Daniel Ricciardo ready for something special in 2013 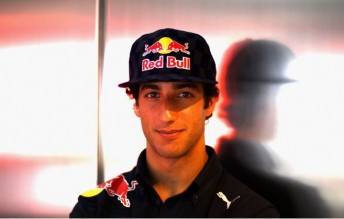 Daniel Ricciardo aiming for something ‘special’ in 2013

West Aussie Daniel Ricciardo has declared he will put out all the stops in 2013 to soundly defeat Toro Rosso team-mate, Jean-Eric Vergne in an effort to impress team bosses at Red Bull.

Preparing for this weekend’s Formula 1 Rolex Australian Grand Prix, Ricciardo said being competitive against the Frenchman was not enough.

“If we’re matching each other, that probably isn’t enough,” said the 23-year-old. “I am ready to blow it apart and do something special.”

Heading into 2012, the battle between Vergne and Ricciardo was tipped to be one of the inter-team battles to watch and despite talking up his objectives heading into the new season, the Perth-born racer insists the relationship between the pair is ‘OK’.

Ricciardo hasn’t ruled out the potential of podiums for the Ferrari-powered Toro Rosso in 2013, despite a lacklustre car performance in 2012.

“We have to see where we are, we know that a few updates are due into the European races, but podiums would be great. The aim this year is definitely to score more points finishes and be in front of my team-mate – not just by a point, but a convincing amount. I’d be happy with that.”

The young West Aussie, who has been part of the Red Bull development program for some years, has widely been discussed as the logical replacement for Mark Webber at the Red Bull Racing squad, should the veteran step aside at the end of the year. However, Webber has indicated since being in Australia this week that he has every intention of potentially staying around beyond the 2013 season.