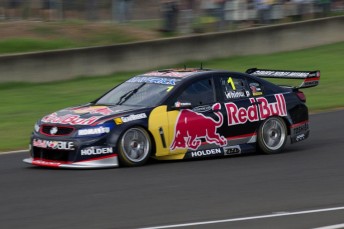 Monster had instigated legal proceedings against Whincup after the four-time champion moved to terminate his contract with the company following Triple Eight’s signing of rival drink firm Red Bull.

The parties had been thrashing out the dispute in a New South Wales Supreme Court hearing since Monday.

A financial settlement in favour of Monster is understood to have been agreed upon around midday today (Wednesday).

Whincup sits second in the points standings to team-mate Craig Lowndes following the opening round in Adelaide, with a non-championship event taking place at the Australian Formula 1 Grand Prix this weekend.