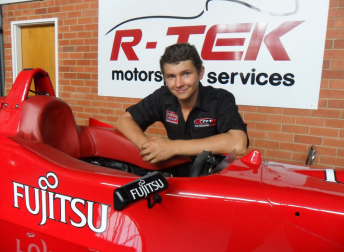 The Fujitsu Cool Drivers for 2013 have been confirmed, with the development program set to be represented in the Formula 3 Australian Drivers’ Championship for the first time.

Todd Hazelwood, who has been a part of the program since its inaugural year in 2011, moves from the Victorian Formula Ford Championship to Formula 3, where he’ll campaign an R-Tek Motorsport prepared Dallara.

The best performing Fujitsu Cool Driver receives a test with the Fujitsu-backed Garry Rogers Motorsport V8 Supercars team at the conclusion of the year.