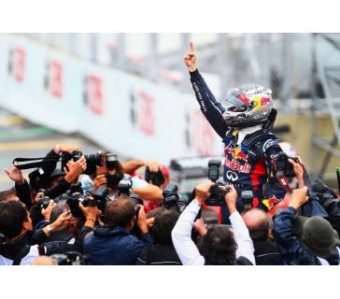 The start of the 2013 F1 season leaves some intriguing questions in the final year before the World Championship switches from V8 power to turbo-charged V6 engines.

Quite apart from the new driving combinations there are tweaks to the rules and minor technical changes to the cars ahead of the season-opening Australian GP in Melbourne from March 15-17.

The double DRS (Drag Reduction System) is now illegal and there are even softer compound Pirelli tyres which have forced in minimal increase in overall weight of the cars.

With no Hispania Racing Team, there is a modification to the knockout qualifying format.

Where seven cars did not progress to Q2, this year six will not progress, leaving 16 cars in the middle part of qualifying.

Among the driving line-ups, Sergio Perez will be under pressure to prove himself after leaving Sauber to join Jenson Button at McLaren.

Perez takes the spot of Lewis Hamilton who departed his childhood team to replace Michael Schumacher as Nico Rosberg’s partner at Mercedes.

Sauber has an all-new line up with Nico Hulkenberg leaving Force India and the Esteban Gutierrez graduating from GP2.

Adrian Sutil won a late call up back to Force India alongside incumbent Paul di Resta.

At Williams Bruno Senna’s seat is taken by Valterri Bottas, a former champ in GP3 who saddles up alongside the enigmatic Pastor Maldonado.

Marussia this year has an all-new line-up with proven GP2 front-runner Max Chilton securing a chance at grand prix racing while Jules Bianchi was a last minute inclusion into the Cosworth-powered squad.

It is a season which is bound to throw up the odd surprise, and with Red Bull not showing their hand completely at the recent Barcelona pre-season test, it will be interesting to see if the champion squad can maintain its edge.

Have your say in Speedcafe.com’s poll below.