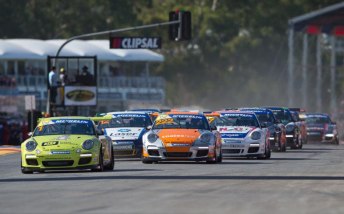 A selection of international stars are expected to storm the fourth round of the 2013 Carrera Cup Australia at Sydney Motorsport Park in May.

The round will be run as part of the inaugural Porsche Rennsport Australia Motor Racing Festival, which is being billed as the country’s largest ever gathering of Porsche vehicles.

Speedcafe.com has learned that Porsche Cars Australia is currently in discussions with a number of international drivers who could partner the class’s existing Elite Class (amateur) competitors.

Dutchman Jeroen Bleekemolen, who drove in the Australian Carrera Cup at Bathurst last year as a guest driver, is thought to be a likely starter, as is American Patrick Long. 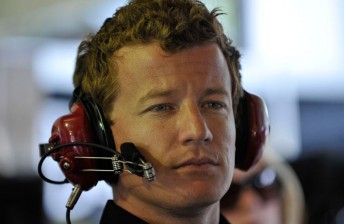 “All the factory drivers have been contacted and we’d love to have them involved in the event,” Porsche Cars Australia motorsport manager Jamey Blaikie confirmed to Speedcafe.com.

“The Rennsport festival is going to be a massive weekend for Porsche Cars Australia and the Carrera Cup races will headline the event.”

Under the event’s rules, no two existing Carrera Cup competitors may team up in the same car.

In other Carrera Cup news, a plan for 10 Australian competitors to head to the Carrera Cup Asia event in Singapore in September has been put on the back-burner until 2014.

The mooted arrangement had included the presence of 10 Carrera Cup Asia entries in this month’s Australian Grand Prix support races, but concern that the visiting competitors would not have enough time to prepare their cars for the following event in Sepang, Malaysia, saw the idea postponed.

Craig Baird leads the 2013 Porsche Carrera Cup Australia after the opening round in Adelaide.

See below for a video recap of the Adelaide action