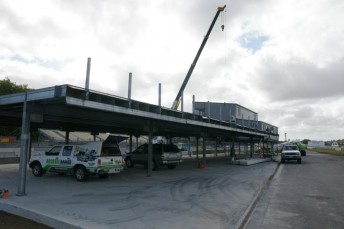 The Pukekohe round of the V8 Supercars Championship will almost certainly be offloaded onto free-to-air TV and will feature a delayed telecast of the meeting from April 12-14.

Sky Television, which was announced as New Zealand’s host broadcaster shortly before the opening Clipsal 500 round in Adelaide, has agreed to offload the coverage of the ITM 400 round to Prime Television which it owns.

Specific details of how many hours of coverage will be screened or just how much the telecast will be delayed have not yet been released by V8 Supercars. CLICK HERE to read full story on Speedcafe.co.nz