Robert Kubica signs on for WRC2

Robert Kubica signs on for WRC2 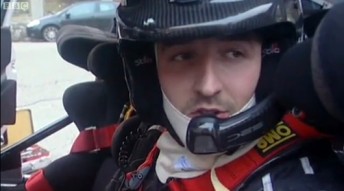 The now 28-year-old Pole’s F1 career ended abruptly when he severely injured his right-arm in a rally crash ahead of the 2011 season.

Kubica has competed in various rallies since the accident in addition to testing a current-specification DTM Mercedes in January.

Kubica will run the European Rally Championship’s Rally Canary Islands later this month ahead of the WRC2 season opener on April 11-14.

“I weighed up the different options before deciding this programme,” said Kubica, whose Citroen team has been granted special permission to fit Kubica’s car with paddle-shifts due to the ongoing weakness in his arm following the injury.

“I kept in touch with Citroen and both sides were keen to continue working together.

“I’m really pleased now to be able to return to top-level racing. Taking part in Rally Islas Canarias will be an interesting challenge for me.”

“I can’t wait to start, but I haven’t set myself any specific target. I still have a lot to learn and to improve I will need to rack up the miles on the stages.”

The 2008 Canadian Grand Prix winner spoke openly earlier this year about his determination to eventually return to Formula 1.

“I still believe I can come back,” he told magazine F1 Racing in January.

“It’s not just a dream. Right now I have limitations driving single-seaters but they are less than they look from the outside.”