Eight V8-powered Radicals to debut in opening round

Eight V8-powered Radicals to debut in opening round 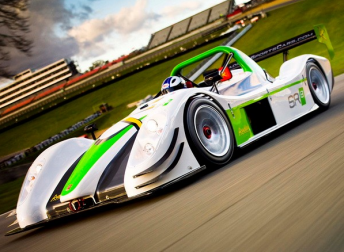 Eight of the newly eligible V8-powered SR8s will take the start at the opening round of the Radical Australia Cup this weekend at Sydney Motorsport Park.

Defending RAC winner Neale Muston is amongst those confirmed to enter one of the new, 430hp SR8 models, which will compete alongside the more familiar motorcycle-engined SR3s.

Chris Medland, Graeme Cook, John Corbett, Nick Kelly, Peter White and Richard Kimber are also confirmed in SR8s for the opening round – in addition to Ash Samadi, who has jumped seats from Australian GT and his regular Mosler drive.