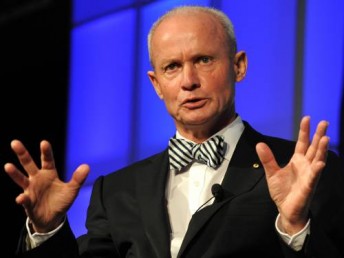 The 68-year-old took over Tony Cochrane’s former role as chairman late last year having enjoyed a distinguished career that included stints as the chairman of Woolworths and as a director of Qantas.

Strong had a background in motorsport and was at one stage a director of the Australian Grand Prix.

“He was an astute businessman with an extensive motorsport passion and knowledge,” said V8 Supercars CEO David Malone in a statement recognising Strong’s passing.

“He offered so much to the sport of V8 Supercars. Sadly James was unable to make the contribution he had wanted and was so enthusiastic about.

“James leaves an indelible mark on the business world in his lifetime of work across corporate Australia as a humble and esteemed business man. We offer James’ wife Jeanne-Claude and family our heartfelt condolences.”

V8 Supercars board member, Andrew Gray of Archer Capital, said that Strong’s passing, which occurred due to lung complications following surgery, was a shock.

“As a board we were aware recently that James was not well; but this still comes as a terrible shock,” he said.

“James joined us with an incredible drive to help the business grow and prosper. We were tremendously excited by what James’s extensive experience in both business and motor sports was going to bring to V8 Supercars.

“We will miss him dearly and our thoughts are now with James’s family.”

In addition to his role at V8 Supercars, Strong was also the 2015 ICC Cricket World Cup chairman at the time of his passing.