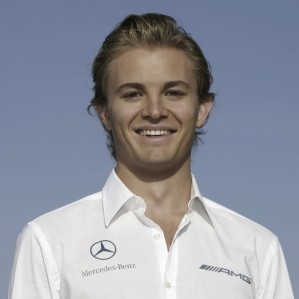 Nico Rosberg has set a sizzling lap to top the times in the pre-season F1 test in Barcelona.

Rosberg produced a best lap of 1:20.130s on soft compound rubber in the third and final day of the test ahead of the season-opening Australian Grand Prix in Melbourne in two weeks.

The Mercedes driver managed to topple Ferrari’s Fernando Alonso who finished second quickest in 1:20.494s. Interestingly Rosberg and Alonso were the only ones to dip under the 1:21s barrier

Both Rosberg and Alonso had pushed each other through the day with Jenson Button (McLaren) third fastest after turning a 1:21.444s lap.

Kimi Raikkonen, who had been ill, did not have much running in the morning session after the Lotus experienced gearbox problems.

However Raikkonen merged later in the day and clocked the fifth fastest lap behind Sauber driver Nico Hulkenberg.

Red Bull played a cagey game with Sebastian Vettel clocking a 1:22.514s but it was clear that the brief for the triple world champ was not to compete for the fastest tour with Mercedes and Ferrari.