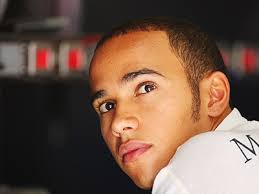 Mercedes recruit Lewis Hamilton has climbed to the top of the times on day three of the final pre-season F1 test at the Barcelona circuit.

After Mark Webber and Romain Grosjean set the pace on the opening two days, Hamilton was able to cut a 1:20.558s lap and announce that his new team are capable of winning a grand prix this season.

Felipe Massa used super soft tyres to register the second quickest time in his Ferrari in 1:21.266s with Hamilton on soft compound rubber.

F1 comeback driver Adrian Sutil was impressive in his Force India setting the third fastest time in 1:21.637s but it was Hamilton who proved untouchable by setting the quickest time so far over the three days.

Webber, the quick man on the opening day, did not chase an outright lap time on this occasion with his Red Bull team ploughing through aero set ups and running mainly harder-spec tyres.