Grant Denyer back in the motor sports sphere

Grant Denyer back in the motor sports sphere 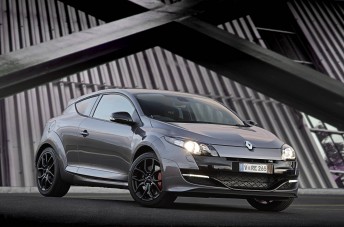 The Megane Renault Sport 265 that will take on Targa Tasmania

Denyer will be part of a two-car Megane Renault Sport 265 with motoring.com.au and carsales’ Editor in Chief Mike Sinclair driving the second entry.

“I’m extremely excited to be heading back to Targa. I’ve done a fair bit of motorsport and there’s nothing that’s quite like the Tassie event,” said Denyer.

“It’s the Bathurst of tarmac rallies and the event that everybody wants to win… And the Megane RS 265 is the perfect tool for that job.

“We’re going down there with a job to do, but I’m also looking forward to having some fun along the way.

“Renault Sport is committed to motorsport at both elite and grass roots levels. We have just announced our re-entry into the Australian Rally Championship but we’re keen to see the brand strut its stuff in tarmac competition as well.

“Targa Tasmania is an event of world standing and our presence at the event is a key part of our commitment to motorsport Down Under. That we’ve been able to partner with motoring.com.au for the event is very pleasing,” Bayman stated.

Calling the shots from the co-driver’s seat will be highly credentialed navigators Dale Moscatt (Denyer) and Bill Hayes (Sinclair).

Renault Sport’s entry into Targa Tasmania is part of the brand’s ramp up of motorsport involvement Down Under. Renault Sport and Walkinshaw Performance will support a number of privateer competitors in addition to the two-car factory team.