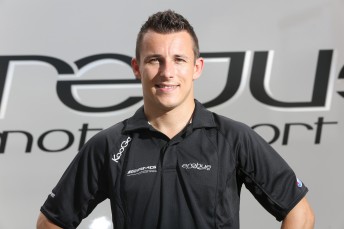 Talented Austrian Christian Klien is angling for a seat in the three long distance races later this year.

Klien is continuing to pursue a full-time ride in the V8 Supercars category and is putting all of his energies in carving out a career in Australia.

There are several opportunities including Erebus Motorsport however no formal discussions or plans have yet been laid.

“I’m obviously trying to do the enduro races this year. My intention is clearly to race in V8 Supercars in the future. I tried for a full-time seat this year but it did not work out this year in the off season.

The former F1 driver says that opportunities in Europe have become harder with the economic crisis stinging categories.

Klien, the former Red Bull Racing F1 star, is also keen to explore any opportunities that may arise in the New Zealand SuperTourer Championship.

“I did that one race which Supecheap Auto made happen just to get used to these type of cars in preparation for Sandown and Bathurst,” Klien told Speedcafe, referring to his drive at Taupo last year.

“I enjoyed it a lot. I like the Championship over there (NZ). I may look into it again. The New Zealand car is more similar to the V8 Supercar this year. I really like the SuperTourer much better than last year’s V8 Supercar.”

Klien will continue to push ahead with his ambition of trying to nail down a gig in V8 Supercars.

He first is attempting to shore up a seat in the Sandown, Bathurst and Gold Coast long distance races.