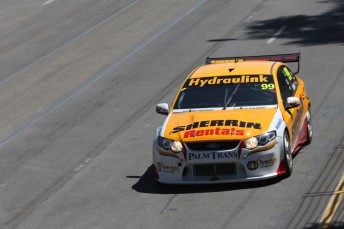 The 20-year-old set the pace from the outset of the 30 minute session. A 1:22.14s effort on his first of three runs sat as the benchmark until just three minutes remained, when Mostert lowered the time by a further 0.3s.

Ash Walsh held down second throughout much of the sessions and, like Mostert, improved in the closing stages to secure the outside of the front-row.

Casey Stoner will start 12th after spending the entire session outside the top 10. Sitting 20th at the start of his penultimate run, the former MotoGP World Champion composed himself following a wild series of corners to improve to within a second of Mostert’s best on his final lap.