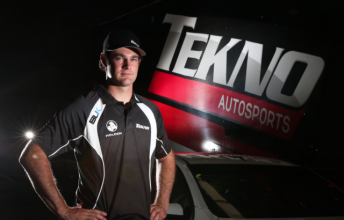 Shane van Gisbergen may face a battle to race at the Clipsal 500 in Adelaide this weekend as the legal fallout between him and his former V8 Supercars team continues.

There are concerns that his former team Stone Brothers is mounting a legal challenge to prevent him from making his competition debut with the Gold Coast-based Tekno Autosports team.

A clause that Speedcafe.com believes was in place when van Gisbergen split from SBR at the end of the last season states that he must not compete for a rival team.

Speedcafe.com broke the story at the Winton round last year that van Gisbergen was pulling out of his contract with SBR at the end of the year, citing personal reasons.

He has since switched to Jonathan Webb’s Tekno Autosports team and has secured a full-time drive in New Zealand’s high profile V8 SuperTourer series.

The delicate situation is expected to develop more in the next 24 hours ahead of the opening V8 Supercars practice session on Friday morning.