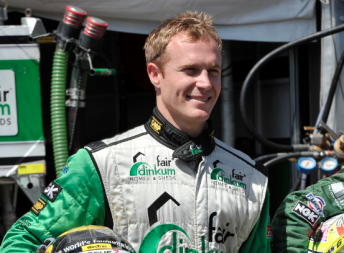 Karl Reindler has confirmed he will make the switch to the Porsche Carrera Cup Australia championship this year.

After spending the past three years stint in the V8 Supercars Championship, Reindler will drive for Team BRM for the opening round in Adelaide this weekend. He will carry sponsorship from long-time backer Wilson Security.

The car Reindler will drive is the ex-Rusty French, raced by Daniel Gaunt last year.

The former Brad Jones Racing and Kelly Racing driver says that he is looking forward to the challenge of the one-make class.

“Over the last three years I’ve been focussed on V8 Supercars and I therefore haven’t had a chance to experience any other categories, so this year will be a great opportunity for me to do so,” said Reindler.