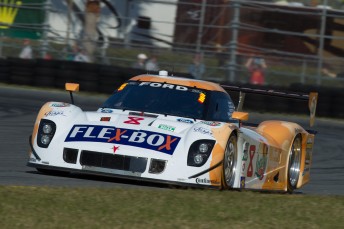 Brendon Hartley has received another call up with the Starworks Motorsport sports car team in the second round of the Rolex Grand-Am Series at the Circuit Of The Americas in Austin, Texas, this weekend.

Hartley has been pitched in as Scott Mayer’s team-mate in the #8 Ford-powered Riley Daytona Prototype.

The Mercedes F1 test/simulator driver debuted for the team at the Daytona 24 Hour race last month during a problematic run but not before Hartley impressed the team with his pace. CLICK HERE to read full story on Speedcafe.co.nz