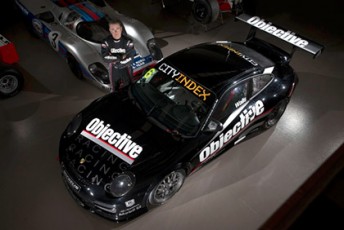 Former sailing champion Tony Walls is leaving the surf and taking on turf, joining the Carrera Cup field this year.

The Australian One Design Sailing champion will compete with McElrea Racing in his black Porsche, supported by his own company Objective Corporation.

With kart racing as his motorsport experience, Walls is excited to join the fastest one-make class in Australia.

“I have not raced a car before but I have always loved the purity of one design racing where the most skilled wins, so Carrera Cup was an obvious choice,” he said.

“The kart seat can get uncomfortable and it is also exposed to the elements like sailing, so I am really looking forward to all the creature comforts of the Carrera Cup Car.

“It’s a tragedy that the aircon and the iPod dock aren’t homologated!”

The 2013 Carrera Cup Championship commences at Adelaide with the Clipsal 500 this weekend.