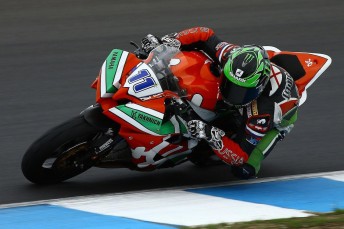 British Yamaha rider Sam Lowes has reaffirmed his favourtism for the opening round of the 2013 Supersport World Championship at Phillip Island on Sunday, by setting the best ever lap of the circuit in opening qualifying this afternoon. 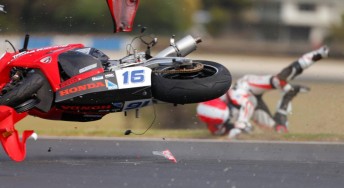 Lowes scorched around the 4.445km layout in 1m32.545s on his Russian-backed machine, over one second ahead of reigning world champion Kenan Sofouglu (1:33.664). The previous circuit best for a World Supersport bike was 1:33.847, set by Spaniard Joan Lascorz in 2010. 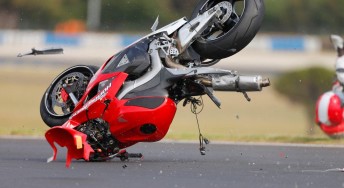 Hook still took part in qualifying after the practice crash

Hook wasn’t even expected to take part in qualifying after a massive crash at turn nine in opening practice, but his team was able to cobble together a makeshift replacement just in time.

There will be a second practice session tomorrow morning before final qualifying at 4:05pm.