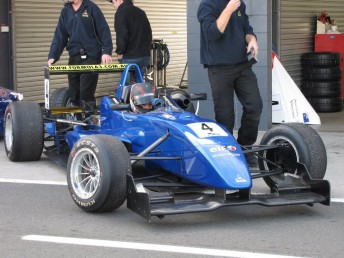 Oon, who finished fifth in the second-tier Copa class of the 2012 European F3 Open series, will line-up alongside BRM’s existing driver John Magro.

“My goal was to continue in Europe, but it was hard to secure a budget for anything higher than Formula 3,” said Ooon.

“It was either come back and race Australian Formula 3 or race in Asia, but the level here is higher. I didn’t want to take a step back from what I had last year.

“This is a great way to maintain my skills and build on what I had last year.”

BRM has won six of the last 11 Australian Formula 3 Championships.

The 2013 season will get underway as part of the Bathurst Motor Festival on March 29-31.