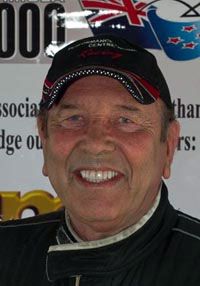 Mr Redmond, 65, was competing in the final round of the MSC NZ F5000 Tasman Cup Revival Series when the accident occurred during practice. It is believed Mr Redmond had been driving a Lola T332.

Details have been difficult to obtain, with his family choosing not to release any information publicly since he was airlifted to Dunedin hospital where he remained until his death today. He had suffered a serious head injury and other internal injuries.

Messages began streaming onto social network pages after the tragic news about the Christchurch driver spread.

MotorsportNZ issued a brief statement the night after the accident saying that it was ‘conducting its own enquiry and investigation into the incident.”

The F5000 series are yet to make an official statement about the loss of Mr Redmond.

Mr Redmond had campaigned F5000 cars since the 1990’s and among his best results was a second place in a Brands Hatch event in England in 2008.

He had mixed his passion for F5000 machines with racing Formula Fords and Formula Holdens.