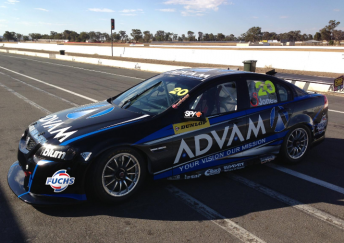 Jones finished 10th in last year’s series – his first full-time campaign in the class since taking the title in 2004.

BJR is expected to be one of only two V8 Supercars Championship teams to field a car in the second-tier class this year, with Ford Performance Racing and Walkinshaw Racing ceasing their direct involvement.

Jones will step into the BJR chassis campaigned in the main series by Jason Bright last year, but is under no illusions as to the competitiveness of the field.

“This year’s Dunlop Development series has many teams upgrading to ex-main game cars which will make it the most competitive in its history,” he said.

“I’m looking forward to jumping into Brighty’s 2012 race car, the one we shared at Sandown and Bathurst, which I think will put us towards the front of the field.”

The opening round of the 2013 Dunlop Series will kick-off at the Clipsal 500 Adelaide in a week’s time.