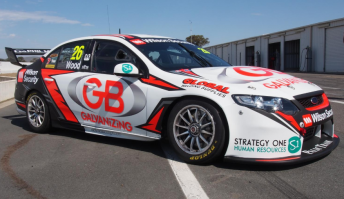 Chaz Mostert isn’t the only Matthew White Motorsport Ford driver gunning for victory in this year’s Dunlop Series, with team-mate Dale Wood also set to challenge for the title.

Wood has moved to MWM this year following a 2012 Dunlop Series campaign with Greg Murphy Racing that netted sixth in the standings and a maiden race win.

“It’s the first time that I’ve been in really competitive equipment and I honestly believe that I can challenge for wins this year,” Wood told Speedcafe.com ahead of his 2013 campaign. 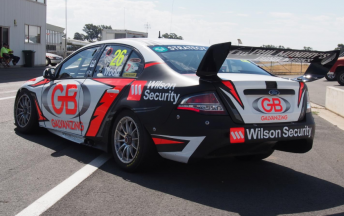 “I was arguably the only privateer to get on the podium in 2012 and finishing up there consistently is a clear goal for us this year .”

Wood tested alongside MWM team-mates Mostert and Morgan Haber at Winton yesterday, and says he was pleased with the initial hit-out.

“I thought it went extremely well given it was a day to gel with a new team,” he said.

“I’m not unfamiliar with an FPR car because of my experience with Tony D’Alberto Racing (in the V8 Supercars endurance events over the last two years), so I was happy in the car straight away.

“Matty’s team are familiar with FPR equipment as well, which always helps.”

Wood is not expected to return to TDR for this year’s endurance races, but says he’s in discussions with multiple teams about a drive and is optimistic of his chances.