PIRTEK POLL: Which manufacturer has the best looking V8 Supercar?

PIRTEK POLL: Which manufacturer has the best looking V8 Supercar? 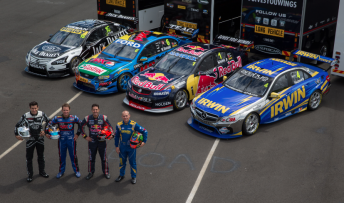 Nissan, Ford, Holden and Mercedes-Benz will compete in this year’s V8 Supercars Championship

The eve of the first official V8 Supercars day of 2013 is upon us, and now, all four manufacturers in the championship have revealed their new looks.

The Ford Falcon FG is the only make to be retained since last year, and it will be joined by the all-new VF Commodore, released on Monday.

As has been widely documented, the traditional Ford and Holden rivals will be joined by two new manufacturers – Nissan and Mercedes.

Nissan will use its Altima L33 – a car that is yet to be released as a road car in Australia. Four Altimas will be run in 2013, but there will only be two on track in Sydney tomorrow.

While the shape of the Nissan was revealed in October, Erebus Motorsport’s Mercedes-Benz E63 AMG was only unveiled last night.

So, with four cars in the race in 2013, which manufacturer has the best looking V8 Supercar?

Vote now on this edition of the Pirtek Poll – only on Speedcafe.com.