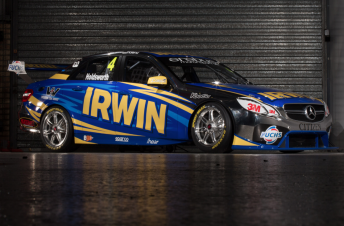 Erebus Motorsport has unveiled its brand-new Mercedes-Benz E63 AMGs at a launch event in Sydney Olympic Park this evening.

The Australian GT Championship squad has taken over the Stone Brothers Racing operation this season after sealing a Customer Sports deal with AMG in Germany. 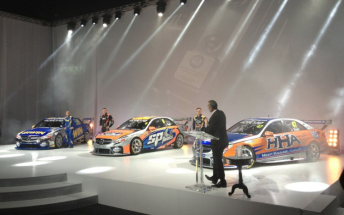 While granted a license to use Mercedes-Benz badges on the cars, the Erebus team receives no direct support from Mercedes-Benz Australia.

The cars are powered by a bespoke 5.0 litre V8 Supercars version of the Mercedes-Benz M159 engine seen in the company’s SLS GT3 race cars.

The Mercedes-Benz V8 Supercars will make their first public appearance on Saturday at Sydney Motorsport Park.

CLICK HERE for a gallery of images of the new cars.