Erebus boss says “We were told this couldn’t happen”

Erebus boss says “We were told this couldn’t happen” 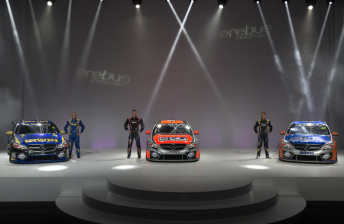 Erebus Motorsport CEO Ryan Maddison says that the creation of the Mercedes-Benz E63 AMG, revealed in Sydney tonight, could not happen.

It was at last year’s Australian Grand Prix, not even a year ago, that the first seeds of Erebus Motorsport’s plan to bring Mercedes-Benz into V8 Supercars were taking place.

While Mercedes-Benz has no involvement in the project, it has not stopped Betty Klimenko – the first female V8 Supercars team owner – and her Erebus CEO Ryan Maddison from turning their dreams into reality.

It has been 109 days since former V8 Supercars team owner Ross Stone and rebel V8 trailblazer Betty Klimenko announced they would form a partnership to build three Mercedes Benz E63 AMGs, becoming the fourth manufacturer in V8 Supercars alongside Ford, Holden and Nissan.

The major difference between Klimenko’s plans and the other three manufacturers was that her dream would not be supported by a factory organisation.

This fact, however, did not stop them, and Maddison admitted tonight that they were initially told the project was unlikely to ever see the light of day.

“At the Bathurst 12 hour last year I spoke with a representative from AMG and he told me ‘I don’t believe this will ever happen’,” he said.

“This project has been a dream of mine for as long as I can remember and tonight this dream has become a reality – and there is a sense of disbelief that we are here.

“The only way that we were able to achieve what we have is because of the dedication which is found in AMG, Stone Brothers Racing and Erebus Motorsport. They are the true heroes of tonight.  We can look forward to being a major contributor to the V8 Supercars series.

“Betty believed in me and my ability to drive this project, and I respect her so much for giving me the opportunity to be part of this project.”

Senior Manager AMG Customer Sports Ulrich Fritz, who was at this evening’s launch, said that the team’s dedication went a long way to making the project a reality.

“The team’s enthusiasm and their overwhelming will to win has not gone unnoticed and helped to convince us to develop the V8 Supercar based on the new E 63 AMG within the AMG Customer Sports Program.

“The launch of this car is a milestone for this program as well as the Erebus Motorsport team, who have shown an impressive work ethic ever since the start of the project.”