Russell Ingall to get new Commodore chassis by April

Russell Ingall to get new Commodore chassis by April 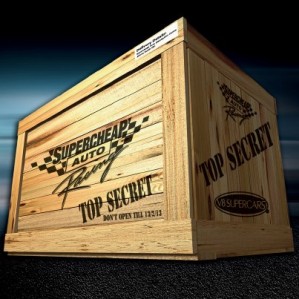 Russell Ingall’s new Commodore V8 Supercar will be revealed today. He is set to get a new car before the Perth event in May

Before a shot has even been fired in the 2013 V8 Supercars Championship, Walkinshaw Racing is planning to give Russell Ingall a brand-new Holden Commodore VF chassis by the end of April.

Ingall, in his final season of V8 Supercars racing before retiring from full-time driving, will begin the new season with chassis WR 016 – the first car built by the team under the new Car of the Future regulations.

By the end of April, Ingall should have WR 020 at his disposal, adding to Walkinshaw’s fleet which includes Tander’s car (WR 019, shaken down at Calder on Monday prior to the Holden Racing Team’s VF launch), James Courtney’s (WR 017) and customer Tony D’Alberto’s Commodore (WR 018).

If the team can meet the ‘end of April’ deadline, it will mean that Ingall could have a new car by Perth’s early May event.

Ahead of the launch of Ingall’s 2013 livery later today, Walkinshaw Racing’s performance director Tony Dowe says that the former champion team elected to concentrate on the build of its four cars, rather than rush to ensure it had a spare for the opening events.

“It’s a complete chassis at the moment, and it’s on the jig to see where it’s at,” Dowe told Speedcafe.com.

“Frankly, we haven’t had enough hours in the day to finish it off.

“They’ll be some decent time to put some people on it before Clipsal and hope to have it finished sometime before April.”

Having started his stint in V8 Supercars with Kelly Racing in late 2011, Dowe switched to the Holden Racing Team mid-last year. In those two seasons, he was never involved in the build of one of the old-specification V8 Supercars.

“I was never involved in building one of the old cars, but the level of engineering in building the new cars are a magnitude better than the old ones. The build quality is better,” he said.