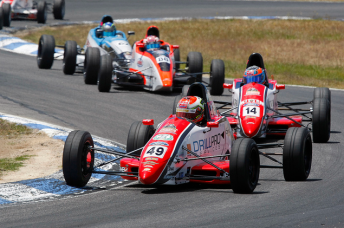 The Australian Grand Prix Corporation has thrown its support behind the campaign to find Australia’s next Formula 1 star, naming the Australian Motor Sport Foundation as the official charity of the 2013 Formula 1 event.

An initiative of CAMS, the AMSF was established in 2001 and has since provided support to the junior careers of a variety of drivers including current F1 pilot Daniel Ricciardo.

According to a CAMS statement, AMSF representatives will be on the ground at the AGP “reaching out to motorsport enthusiasts to help raise funds which will be invested in discovering, nurturing and developing Australia’s future stars.”

Former Formula 1 World Champion, Alan Jones, is the AMSF’s patron, and believes that having Australians succeeding at the top level of the sport inspires young drivers looking to progress through the ranks.

“Australians have a long and proud history in motorsport, often punching above our weight on the international stage,” he said.

“It’s fantastic to see Mark and Daniel on the F1 starting grid – with Daniel having received the backing of the AMSF in the early part of his career, and both are now a huge source of inspiration to many young drivers.

”It’s important that we continue to support the work of the AMSF so we are in a position to discover the next Mark Webber.”