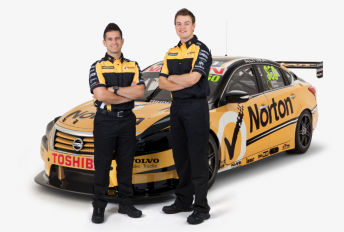 Kelly Racing’s transformation into Nissan Motorsport for the 2013 season has seen wholesale changes to the squad’s engineering line-up.

Headlining the team’s new recruits is former Walkinshaw Racing mainstay Erik Pender, who will engineer Rick Kelly’s Altima this season – reuniting a partnership that won two Bathurst 1000s and a V8 Supercars Championship in the mid-2000s.

Former Tekno Autosports engineer Perry Kapper has also joined the team and, despite enjoying a strong relationship with James Moffat following their season together at Dick Johnson Racing in 2011, will link with Todd Kelly.

Moffat has instead been paired with existing Kelly staffer Alex Somerset, while Michael Caruso continues to work alongside his former engineer at Garry Rogers Motorsport, Steven Todkill.

The new arrivals follow the departure of American Scott Besst and Frenchman Mathieu Galoche, who have moved back overseas following a single season with the team.

“We’ve put a lot of effort into not only securing the right people but most importantly placing them in all the right places within the team.

“We took a lot of things into account when we did that. We needed to ensure we have equal capabilities in both garages, as well as placing each engineer with a driver they could work well with and provide what they need in terms of experience.”

Kelly underlined the importance of placing Moffat alongside the experienced Somerset, who will no longer be lumped with the heavy design workload he endured last year.

“Really last year poor old Alex copped it from all directions,” said Kelly of Somerset, who worked with touring car teams such as Ray Mallock Limited, Team Dynamics and Triple Eight in his native Britain before moving to Australia to join Kelly Racing last year.

“We were pushing so hard to get the car done last year that he was 98 percent design chief and two percent race engineer. Even through a race weekend we’d be always on the phone back to base trying to get the cars built, so it’ll be great this year to have him in a more focussed role alongside James.”

As part of its switch from Holden to Nissan this season, the team has invested in a new suspension package – shifting to a Triple Eight-designed front-end.

“It was a big call and a lot of work went into that decision process, but when all the top cars that are winning races are on the same package, it makes complete sense, if you can afford to do it, to convert,” said Kelly of the move.

“it is a good time to make the shift for us as well. There’s nothing on this car that’s the same (as the previous generation Holdens), and it’s probably better to start fresh then to take something you’ve developed for a completely different car and try to convert it over.”

Packaging, says Kelly, was also a factor in the switch. The Braeside-based outfit was one of multiple squads forced to redesign the front-end of its cars around a rear-steer steering rack under the new rules.

Nissan Motorsport’s four-car squad was unveiled in Melbourne this morning.