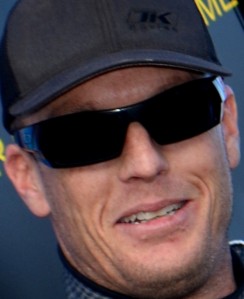 Ryan Farrell has continued his good run of form in Western Australia by taking a dominant win in the ninth round of the 2013 ENZED World Series Sprintcars campaign at Manjimup Speedway.

After setting the quickest time in qualifying, he won his heat (and had a spin post the chequered flag) and then went on to dominate the Gold Shootout to secure the pole position for the A-Main.

Second home in the WA-based Krikke Motorsports Toyota Genuine Parts Cool Chassis was American World of Outlaws star, Tim Kaeding in one of his most positive runs of the season with Luke Dillon continuing his impressive run in third. Rounding out the top five were Steven Lines, who continues to close the gap to James McFadden – who crossed the line fifth.

The Totally Workwear Australian Championship winning team of McFadden had a busy night having to change an engine after their heat. Despite missing the Shootout and starting ninth, he showed sensational form to end the night in the top five.

On a good night for the West Australian teams, Monster Energy Monte Motorsports pilot, Shane Stewart was the hard luck story of the night, being forced to park his machine on the front straight with five to go whilst chasing down Farrell at the front. Being re-started he struggled back to 11th at the drop of the chequers. Stewart hasn’t been able to take a trick during much of his Australian campaign in 2013.

“The team has given me a fast racecar every time we’ve hit the track and it makes a huge difference to how I can do my end of the deal,” said Farrell. “I’ve won about five of these deals (WSS main event wins) in my 20 year career and it just goes to show you how hard they are to win.”

With the Western swing continuing tonight at Albany, the gap between McFadden and Steven Lines has cut to 285 points as the Series, presented by Hog’s Breath Cafe continues towards it’s dynamic conclusion.