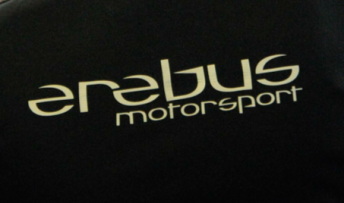 The shakedown of Erebus Motorsport’s second Mercedes Benz E63 AMG at Queensland Raceway has been hampered by a mechanical failure.

The new squad was giving its second of three E63 AMG V8 Supercars its initial track run when a control component on the car broke, causing a minor incident.

Erebus team principal Ryan Maddison confirmed the testing mishap, but is pleased with the initial testing program so far.

“We have successfully run our second chassis at Queensland Raceway,” Maddison told Speedcafe.com.

“We were happy with the preliminary shakedown and continued to run the vehicle in the hands of Tim (Slade) and Lee. We did this to increase their seat time and to further develop our chassis.”

“We can confirm that during the running of the vehicle we did have an occurrence with a control component and the result of this was a minor incident which has not disrupted our progress.

“We will work with V8 Supercars to aid any necessary findings or development they may require.  Any further information will remain within our agreements to V8 Supercars.

“(But) we are satisfied that our program is on par with our expectations.”

This is the second time the Erebus team has tested its V8 Supercars at Queensland Raceway, following a shakedown last month before the car’s first aerodynamics testing.

With all aero testing complete and homologation of the cars signed off, the team is now pressing ahead with the build of its third car, to be driven by German Maro Engel who was confirmed as the driver of the #9 SP Tools-backed entry yesterday.

CLICK HERE for Holdsworth and Slade’s thoughts on their new team-mate.