INSIGHT: Who is Maro Engel?

INSIGHT: Who is Maro Engel? 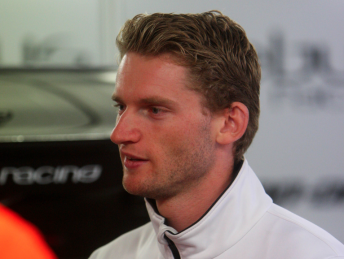 Maro Engel is V8 Supercars’ newest recruit, having announced today that he will drive for Erebus Motorsport in the team’s brand-new Mercedes Benz E63 AMGs.

After driving for the team in a one-off GT race last year, the German undertook a secret test in a Stone Brothers Racing Falcon last December and did enough to convince the team that he was up to the task of competing in the #9 SP Tools Racing E63.

But where did the German start, and does he have the credentials to compete in the toughest touring car championship on the planet?

Engel started his racing career in karting, competing between 1996 and 2000. In 2001, he drove in Formula BMW before graduating to the Formula 3 Euro Series in 2003, becaming an AMG ambassador.

See below for career statistics of Maro Engel.