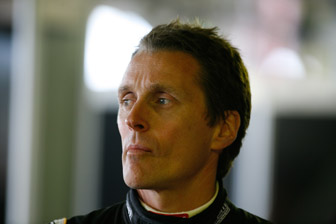 The former Bathurst 1000 podium finisher confirmed earlier this week that he has called time on his driving career in order to move into the Driving Standards Observer role at V8 Supercars events.

McConville’s new deal with CAMS will see him act as the race director for the Carrera Cup Australia championship.

“It was a tough decision to hang up my helmet at the end of last season but working with V8 Supercars and now CAMS, I feel very confident in my future career path and to join an official and governing body such as CAMS is a real honour and it’s something I won’t be taking lightly,” said McConville in a statement.

McConville drove a Walkinshaw Racing Holden to fifth in last year’s V8 Utes series having also driven for the squad in the V8 Supercars endurance races at Sandown and Bathurst.