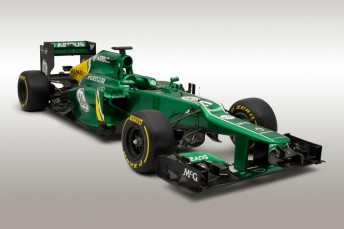 The Caterham and Marussia Formula 1 teams have revealed their latest machinery ahead of the first official test of the 2013 season in Jerez, Spain.

Both teams have yet to score a single point since joining the championship in 2010, but are optimistic of making an impression on the mid-field with their new cars.

Designed under the eye of technical director Mark Smith, the CT03 is the first Caterham to have been produced from the Leafield facility that it moved into midway through last year.

The MR02 meanwhile has been conceived by Marussia’s Pat Symmonds-led design team, and is the first of the squad’s cars to boast KERS, which it has sourced from Williams. 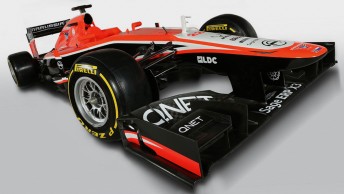 The team is expected to field an all-rookie line-up of Luiz Razia and Max Chilton this year following Pic’s move to Caterham and Timo Glock’s departure for the DTM.

The Marussia is now the only Cosworth powered car in the field following the demise of the Hispania Racing Team.

Williams is the only team yet to launch its 2013 challenger, and is not scheduled to do so until the eve of the second test at Barcelona on February 19.

Here is the launch video for Caterham