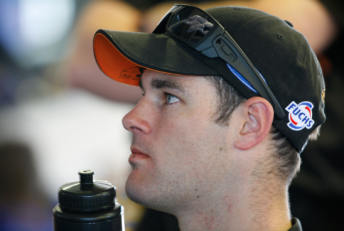 Van Gisbergen recently announced that he will compete in the V8 Supercars Championship with Tekno this year, little over a month after leaving the Stone Brothers team citing personal reasons.

In what could be a sensational twist to the saga, SBR founder Ross Stone has today responded to enquiries from Speedcafe.com by providing a statement outlining his team’s position on the matter.

The statement claims that a termination document releasing Van Gisbergen from a three-year contract with the squad was signed on the proviso that the 23-year-old did not “test, practice or race any V8 Supercar in 2013.”

The statement concludes that “SBR is considering its legal position and whether it is worthwhile holding SVG to his promises.”

Van Gisbergen declined to comment on the SBR statement when contacted by Speedcafe.com.

Any legal case is likely to be complicated by the fact that the makeup of Stone Brothers Racing has changed dramatically over the off-season, with Betty Klimenko’s Erebus Motorsport concern purchasing the squad’s hardware and infrastructure, in addition to one of its Racing Entitlements Contracts.

The long-time Ford outfit will compete with Mercedes-Benz E63 AMGs in 2013 under the Erebus Motorsport banner.

Stone Brothers Racing, however, continues to own the RECs that the #9 competes under, while Ross Stone has remained with the team and is acting as the general manager of its V8 Supercars operations.

See below for the complete statement provided to Speedcafe.com by Stone Brothers Racing.

“At Winton, Friday morning 16th November 2012, Shane van Gisbergen asked if all the SBR travelling race crew could be assembled first thing in the morning,” the statement reads.

“SVG informed the race crew that he wasn’t enjoying his racing and he was going to take a year off and might race quad bikes for fun.

“SVG’s statement that he was not enjoying his racing was no surprise.  This was clear enough at the previous race meets at Bathurst and the Gold Coast 600 where it was almost impossible to get SVG to attend autograph sessions and sometimes even communicate with his engineer and crew.

“SVG was very clear that he wanted a year off and wasn’t going to race again unless he wanted too, not because others wanted him to race. He was going to live in his parent’s pool apartment and “chill out” for a year.

“In the circumstances, SBR agreed to release SVG from his 2013, 2014 and 2015 driving contract.  SBR and SVG signed a brief termination document.

“The last time Ross Stone of SBR spoke with SVG was in early December when SVG returned the keys for his car.  SVG was returning to New Zealand the next day. On that occasion again SVG confirmed he needed a break from racing.

“SBR took steps it considered were in the best interests of SVG’s health and well-being to the detriment of SBR and stakeholders by releasing SVG from his three-year driving contract.

“Less than two months later SVG now proposes, through the media, to race a V8 Supercar for another team in 2013 contrary to the termination agreement.  SVG has explained his move on the basis of dissatisfaction with the direction in which SBR was heading.  At no time during the termination process did SVG express any such dissatisfaction with SBR; in fact the opposite was communicated to SBR management on numerous occasions.

“To say that SBR is displeased with the conduct of SVG is to say the least.

“SBR will not be making any further comment regarding this matter.  SBR is considering its legal position and whether it is worthwhile holding SVG to his promises.”