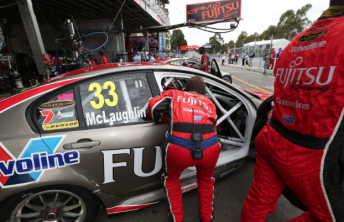 Fujitsu Racing GRM has undergone several key staff changes ahead of the 2013 season, and will head into this month’s Sydney Motorsport Park test day with a new team manager.

Existing team manager Pier Orsi, who took the position at GRM in mid-2011 following a stint in Formula 1 with Red Bull Racing, has elected to return to Europe. He will be replaced in the role by existing team member Dean Cowling.

The team has recruited another international, Manuel Sanchez, to its engineering line-up following the off-season departure of Steven Todkill. Todkill has moved to Nissan Motorsport, where it is expected that he will reconnect with former driver Michael Caruso.

GRM has also confirmed that Alexandre Premat will compete with the #34 this year, giving new recruit Scott McLaughlin the #33 plate. The 19-year-old McLaughlin has previous history with the number from his karting days.