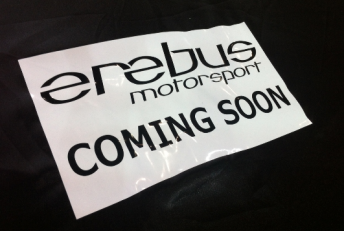 Erebus Motorsport is close to securing its third and final driver for its all-new Mercedes-Benz V8 Supercars Championship squad.

The Erebus team, which acquired Stone Brothers Racing during the off-season, has been searching for a replacement for Shane van Gisbergen after the Kiwi left the squad at the end of 2012.

A number of drivers have been linked to the seat in recent months, including young Ford Performance Racing driver Chaz Mostert.

Speedcafe.com understands however that a bid by Erebus to acquire Mostert’s services has been unsuccessful, leaving the Betty Klimenko-owned team to search for another talent to partner Lee Holdsworth and Tim Slade in the SP Tools entry.

Off-season chat has suggested that Erebus is interested in finding a European driver to take the wheel of its Mercedes Benz entries, with names like ex-Formula 1 driver Christian Klien and Mercedes-contracted drivers Tomas Jaeger and Maro Engel in the mix.

Erebus’ Australian GT squad was at Phillip Island yesterday, testing ahead of the Bathurst 12 Hour. Holdsworth, Slade, Peter Hackett and Klien all turned laps in the AMG SLS GT3s.

Erebus Motorsport V8 general manager Ross Stone says that confirmation of the team’s third driver is only a matter of days away.

“It’s a matter of days not weeks until we confirm who our third driver will be.”

In other V8 Supercars driver news, it is expected that Scott Pye will be confirmed in Lucas Dumbrell Motorsport’s two-car squad tomorrow, with an announcement set to take place in Pye’s home state of South Australia.