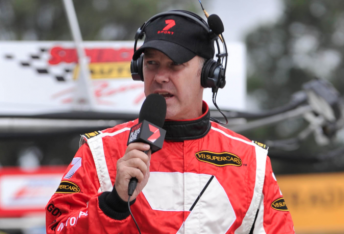 Respected driver and commentator Mark Larkham has taken on a new role as the administrator of the Australian Institute for Motor Sport Safety (AIMSS).

Larkham has taken on the administration role of AIMSS, a research partner of the FIA Institute and the peak body for motor sport safety and related research in Australia.

Larkham’s first appointment in his role at AIMSS was securing former V8 Supercars motorsport manager Adam Perry, a long time Larkham Motorsport team manager, who will be responsible for the day to day activities of AIMSS. 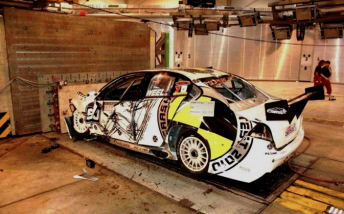 One ofthe recent AIMSS projects was a full scale crash test, of which vision can be seen on the new AIMSS website (see link below)

AIMSS will function from a new, dedicated office on the Gold Coast which will also house the newly-created Australian Motor Sport Academy – a new business being developed by Larkham.

Chairman Glindemann said that the new-look structure endeavours to keep CAMS members abreast of the latest safety developments within the sport.

“The Board of AIMSS is extremely proud of all achievements to date and with these initiatives now in place, we look forward to AIMSS continuing its safety research and education charter,” Glindemann said.

“An important part of that charter will be ensuring that Australian motor sport participants and stakeholders, in particular CAMS License holders, are kept informed of the advances in motor sport safety.”

This announcement coincides with the launch of a new website which will host a rundown of AIMSS and selected FIA Institute research, news and features.