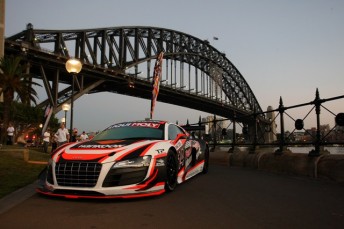 Liqui-Moly Bathurst 12 Hour organisers have released the complete entry list for next month’s race, with 51 cars set to take the start of the once-around-the-clock classic.

The field is headed by an impressive array of 18 outright GT3 contenders from eight different marques, while a further 12 brands are represented over the remaining classes.

Ferrari outfit AF Corse and BMW campaigners Team Engstler will both field all-foreign line-ups, while the United Autosport and Dragonspeed Audis each have one seat yet to be filled.

Reid’s countryman Daniel Gaunt is also in a second-division Porsche, with the German marque making up eight of the nine Class B entries.

The 51 car line-up is an impressive improvement over last year’s field of 27, and is expected to be further bolstered by the appearance of a handful of additional entries that will complete the first hour in order to score Australian GT Championship points.

The Liqui-Moly Bathurst 12 Hour takes place on February 10 and will be streamed live in its entirety on Speedcafe.com.