End of era as Perkins closes doors on Moorabbin workshop

End of era as Perkins closes doors on Moorabbin workshop 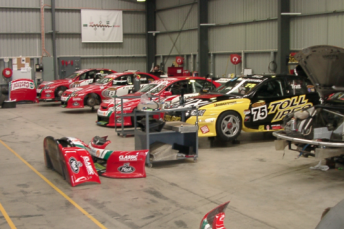 The end of an era is unfolding in Moorabbin, Victoria, today as Perkins Engineering officially vacates the premises it has held for 20 years.

Larry and Jack Perkins are in the process of selling their Moorabbin Airport workshop, with Larry concluding his deal to sell his two V8 Supercars Racing Entitlements Contracts to Kelly Racing.

CLICK HERE for Speedcafe.com’s full story on the sale of Perkin’s RECs to the new Nissan Motorsport team.

After setting up the first Perkins Engineering base in Moorabbin in 1986, Perkins moved to the Airport site around the corner in 1993. The workshop has seen close to 100 V8 Supercars engines built in there and 32 Group A/V8 Supercars chassis. 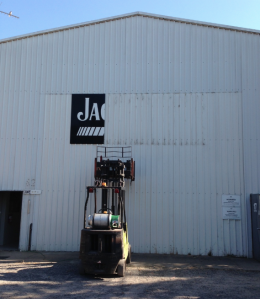 Jack Perkins has grown up at the workshop and says that while it might not have been the fanciest of race shops, it was the scene of the creation of many great race cars.

“When we first got the shed in 1993, it was originally a workshop for a fibreglass boat business. My first job was chiselling the fibreglass off the floor,” Perkins Jr told Speedcafe.com.

“We started with about 10 people on the books. We slowly, slowly built up the shop as the team started to expand, and in 2004/2005, we had over 50 employees when we were running four cars and building engines for six.

“It was always a simple looking place. Dad was never keen on having palm trees or marble floors – all our time and investment went to making the cars fast and reliable. And I guess that the success we had over the years, including the three Bathurst wins, is testament to that.”

Over the past few months, Perkins has been tearing down some of the long-standing infrastructure at Perkins Engineering, with many historic items being placed on the team’s own eBay auction site. 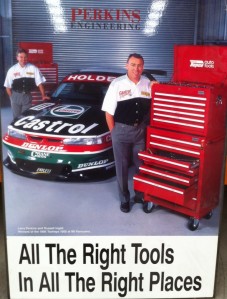 A famous LP advert inside the Moorabbin Airport workshop; Perkins and Russell Ingall starred in this Repco promotion in the late-90s.

Perkins says that the auctions start tonight at 8pm and will continue over the next few weeks.

“I’ve got lots of stuff on there – from old magazines to posters, signs, V8 Supercars components, pit crew suits, merchandise, memorabilia and other genuine pieces of Perkins team history,” he said.

“For anyone who has an interest in my dad’s racing, or motorsport in general, it is worth a look.”