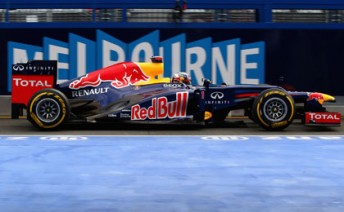 The sanction fees that Victorians pay for the right to host the Australian Grand Prix has been revealed by The Herald Sun.

According to leaked documents, Victorian rate payers contribute over $30 million a year in licence fees to Bernie Eccelestone.

In what has been kept as a closely guarded secret over the past 18 years, the current five-year contract, due to expire in 2015, is worth close to $170 million.

The contracts exposed by The Herald Sun reveal a clause that sees the licence fee rise by five percent annually, fetching $US38 million by 2015.

The fees are on top of the estimated $18 million to stage the race, including building and dismantling the Albert Park circuit costs.

The Australian Grand Prix Corporation held a press conference this morning which was meant to celebrate the 50 day countdown to this year’s event. The tone of the press conference was focused on The Herald Sun’s revealing story, though.

CLICK HERE for the The Herald Sun’s full story.