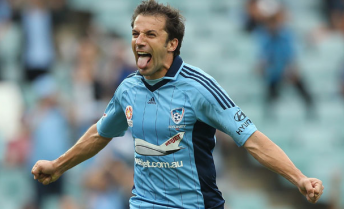 American actor Patrick Dempsey and A-League superstar Alessandro Del Piero have announced the formation of a new motorsports team Dempsey/Del Piero Racing and plan to enter the 24 of Le Mans this year.

The all-star owners have submitted an entry to compete at Le Mans, and will also field a minimum two-car effort in the 2013 American Le Mans Series.

Dempsey, better known as ‘McDreamy’ through his role as Dr. Derek Shepherd on drama Grey’s Anatomy, is an accomplished racer and team owner. Dempsey, Joe Foster and Michael Avenatti have been listed as drivers on its 2013 24 Hours of Le Mans entry. Avenatti and Foster are also principals with the new team.

The car that the trio will drive, if selected to race, has yet to be confirmed.

For Del Piero, this will be his first foray into motorsports. The Italian star is a former captain of the famous Juventus Football Club, was part of Italy’s 2006 World Cup Champion team and currently plays for A-League team Sydney FC.

Dempsey says he is looking forward to the new partnership.
“We are excited to join forces with Alessandro and compete at the highest levels of racing,” Dempsey said.

“Alessandro’s passion for winning and leadership skills will be invaluable, and he will play an important role in the development and direction of the team.”