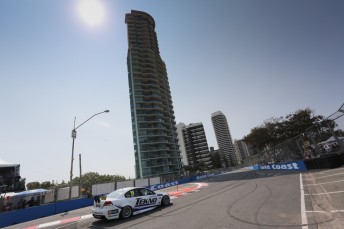 The future of the Gold Coast street race is in question

The future of the Armor All Gold Coast 600 will be discussed today by Gold Coast MPs in a private meeting.

According to the Gold Coast Bulletin, local MPs have been invited to attend a briefing at Tourism, Major Events and Commonwealth Games Minister Jann Stuckey’s office.

The meeting has been called for MPs to express their thoughts about the event’s future, which is in its final year of its current deal.

The Queensland State Government and V8 Supercars remain in discussions about extending the current deal, with a June deadline labelled as the cut-off for a renewed deal.

According to The Bulletin, the new Tourism and Events Queensland may consider packaging the funding to combine the Townsville and Ipswich events.

Stuckey said she is confident the State Government would find an outcome to keep the event on the Gold Coast.

“We are looking at how we can assist these events to grow in a way that gets return on investment for the State Government,” she said.