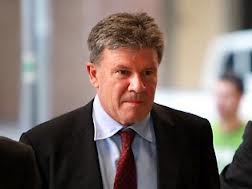 David Coe, a former SEL partner and chairman, has died of a heart attack while on a skiing trip in Aspen, Colorado.

Coe had set up SEL (Sports, Entertainment Limited) with Tony Cochrane and James Erskine in 1997 co-inciding with the birth of the V8 Supercars brand.

At the time, SEL purchased 25 per cent of the V8 Supercars business for $52,000 but sold its stake to private equity giant Archer Capital in 2011 as part of a rumoured $340million package.

Coe was a former chairman of the failed Allco Finance Group and was on a skiing vacation with his family at the time of his death.

Speedcafe also understands that former V8 Supercars chairman Cochrane and the sport’s chief operating officer Shane Howard were also holidaying in Colorado at the same time – although it is unknown whether they were with Coe at the time of the tragedy.

Cochrane has credited Coe with playing a key role in the breakthrough of the Sydney street race (first run in 2009) after years of knockbacks by the NSW Government.

Coe had remained a partner in SEL with Basil Scaffidi and James Erskine at the time of his death.

Cochrane disclosed in a letter to his close network of friends and associates last September, that he would stand-down as V8 Supercars executive chairman at the end of 2012.

That role has been filled by former Qantas chief James Strong.

Coe is survived by his wife Michelle and three sons.